May 18, 2009. Cooperstown, NY. Voter fraud was unfortunately the topic of conversation this offseason. Recounts were ordered, changes were demanded, heads were called for, but in the end, the results have remained the same. No eligible player was elected to the Hall of Fame this year. The top vote-getters this year were Cal Ripken Jr. (64%), Dennis Eckersley (59%), Jack Morris (55%), Tony Gwynn (55%), Mark McGwire (55%), Kirby Puckett (55%), and Lee Smith (55%). Benito Santiago, Tony Fernandez, Chili Davis, and Tom Candiotti will fall off next year’s ballot, as well as Bruce Sutter whose eligibility has expired after 15 tries, receiving only 18% of the votes this year (50% has been his best year, accomplished twice). Hopeful Jim Rice will have one more year of eligibility next year. Here is a complete recap of the voting: 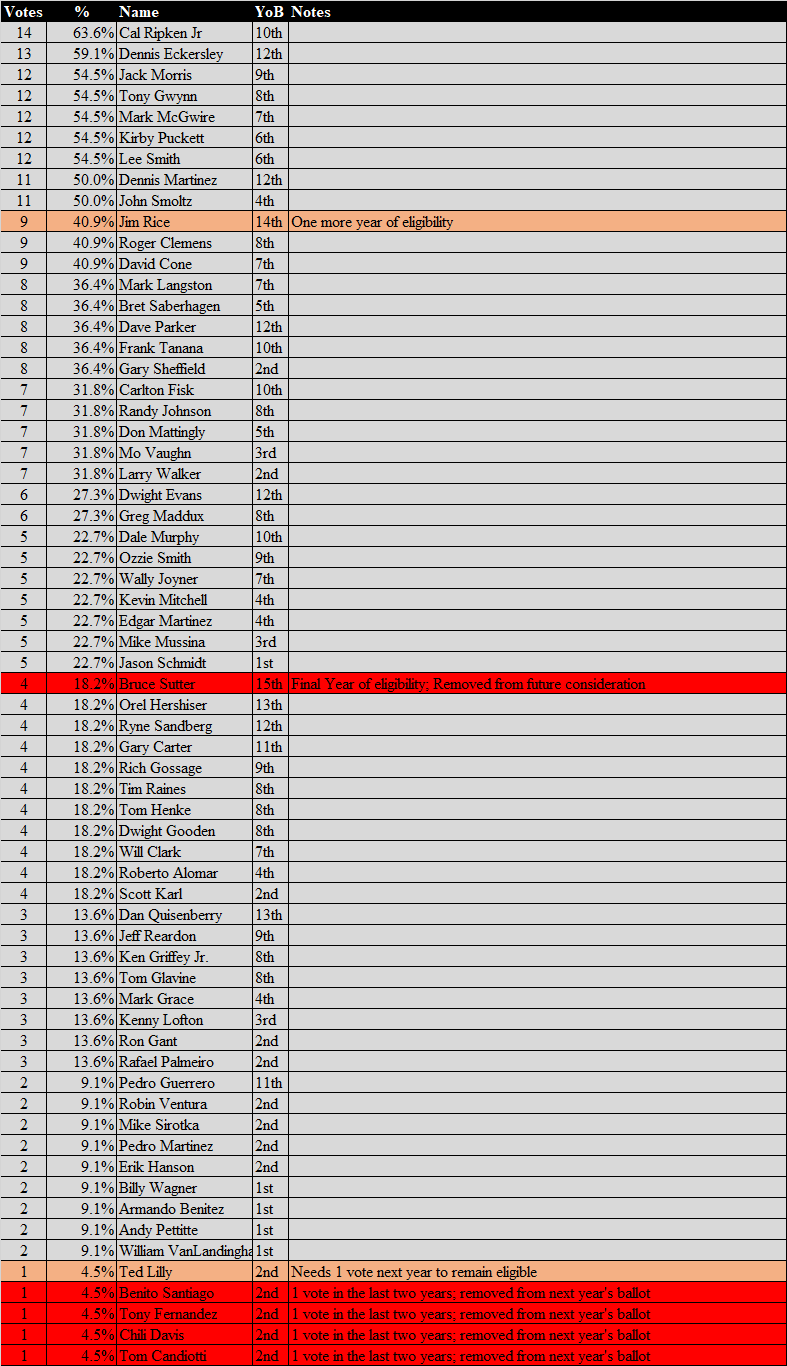 January 27, 2005. Cooperstown, NY. After nine failed appearances on the ballot, Tommy John has finally broken through and was elected into the Hall of Fame on his tenth try, with 84% of the total votes. John won 288 games, but some say his 231 losses may have kept him off of earlier ballots. 3,000 […]

January 21, 2004. Cooperstown, NY. With some deserving candidates on the ballot, it’s always a disappointing for the commissioner to announce no one received enough votes to enter the Hall of Fame this year. 75% of the votes is needed, and the closest player was Tommy John with 70%. 3,000 hit member Robin Yount, John […]