January 19, 2016. Cooperstown, NY. The 2015 Hall of Fame class has been decided, and three more greats will join the ranks as Roy Halladay, Mike Mussina and Manny Ramirez have all been voted into Cooperstown. Conversely, well known UBA names including Tom Glavine, Dwight Gooden, Tony Gwynn, Tim Raines, Randy Johnson and Ken Griffey Jr. all went 15 years without receiving 75% and will no longer be eligible. 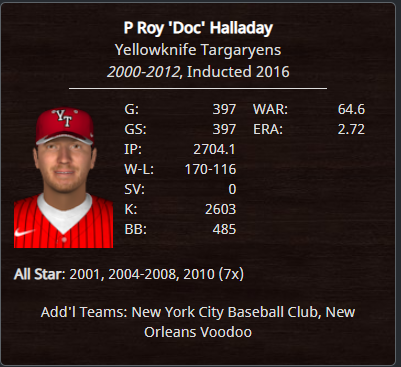 Mike Mussina was a one time pitcher of the year winner, a seven time all star, and enters the hall with 188-122 record, a 3.27 ERA, 2,146 Ks to 522 BBs in 2,806 innings. Moose also lost over a year to an elbow injury which many say kept him from hitting 200 wins and racking up more strikeouts into his mid to late thirties with Eden Prairie. 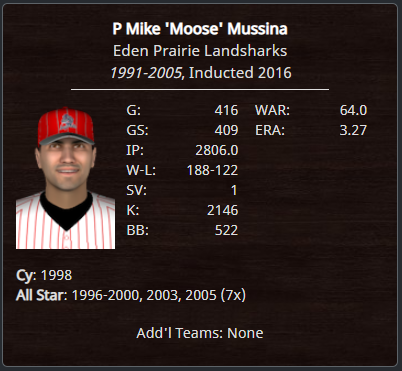 Manny Ramirez was the first overall pick in the UBA inaugural draft as a 23 year old bursting at the seams with hitting ability, and did not disappoint, winning two MVP awards, six silver sluggers and was named to 6 all star teams. Manny was a career .302 hitter, with 387 home runs, and 1,258 RBIs. 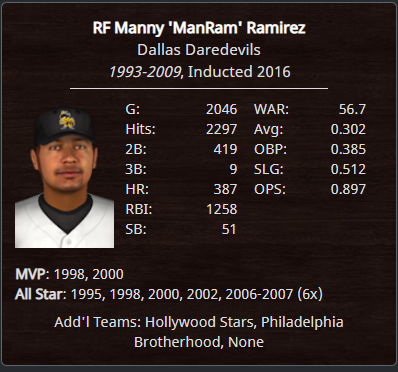 The full voting results came in as such: 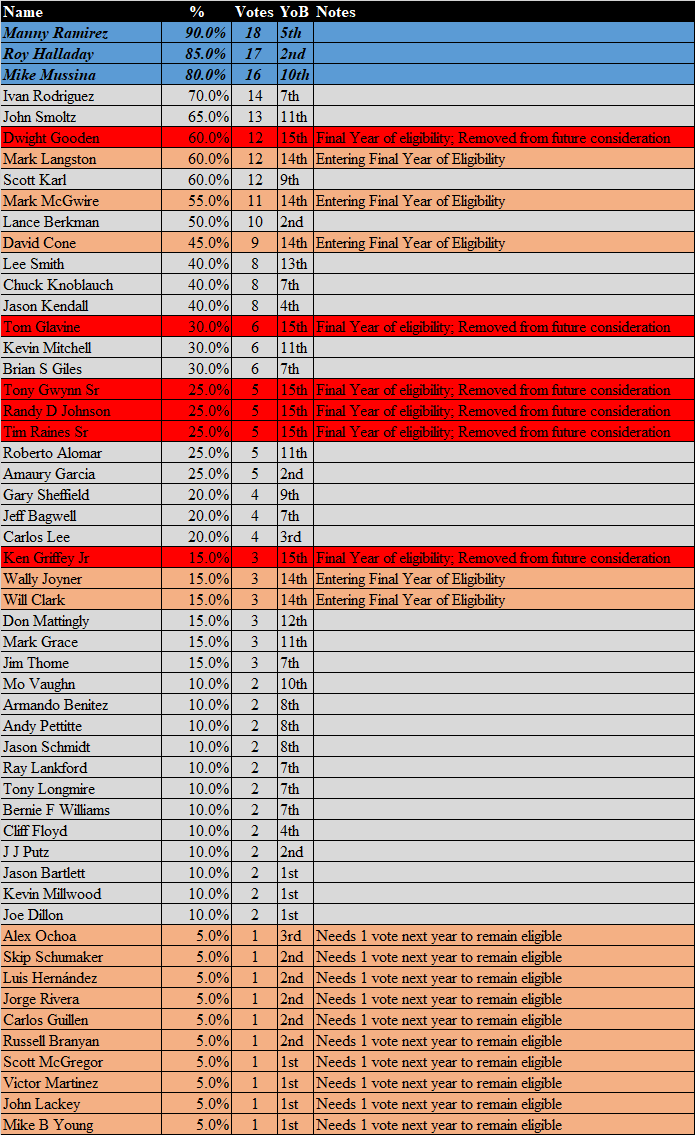 January 4, 1999, Cooperstown, NY. Baseball’s Hall of Fame will welcome one new member into its ranks today, as Dave Winfield has been voted in by the UBA’s general managers in his second year of eligibility. 75% of the vote was needed to enter the hall. Here are Winfield’s highlights: Here is the full voting […]

January 20, 2015. Cooperstown, NY. The 2014 class of the United Baseball Association’s Hall of Fame features three new players this year: first ballot inductees Chipper Jones and Jason Giambi as well as Kirby Puckett, who made it through on his twelfth try. 254 game winner Jack Morris and the Wizard Ozzie Smith have both reached […]