Here are the plaques unveiled in Cooperstown this year:

Below is the full voting results tallied this year: 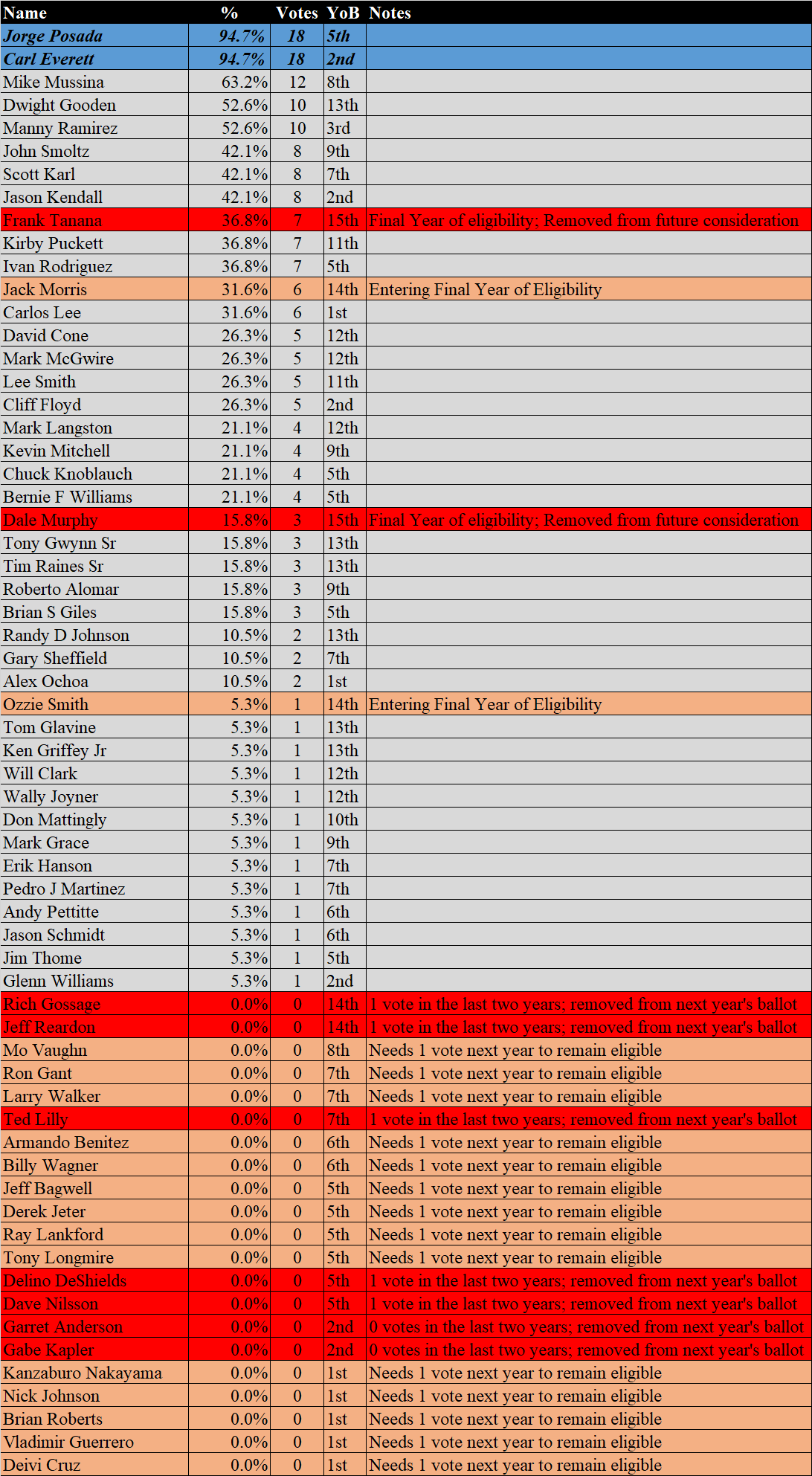 January 11, 2002. Cooperstown, NY. Insiders had this year’s ballot full of sure thing hall of famers, however, this year’s voters thought differently. 3,000 hit club member Robin Yount will have to wait another year, as will stolen base record holder Rickey Henderson. However, the voters did allow two players in this year: Jim Kaat […]

May 18, 2009. Cooperstown, NY. Voter fraud was unfortunately the topic of conversation this offseason. Recounts were ordered, changes were demanded, heads were called for, but in the end, the results have remained the same. No eligible player was elected to the Hall of Fame this year. The top vote-getters this year were Cal Ripken Jr. […]