January 20, 2015. Cooperstown, NY. The 2014 class of the United Baseball Association’s Hall of Fame features three new players this year: first ballot inductees Chipper Jones and Jason Giambi as well as Kirby Puckett, who made it through on his twelfth try. 254 game winner Jack Morris and the Wizard Ozzie Smith have both reached their limit of 15 tries on the ballot, and will be removed from further consideration. 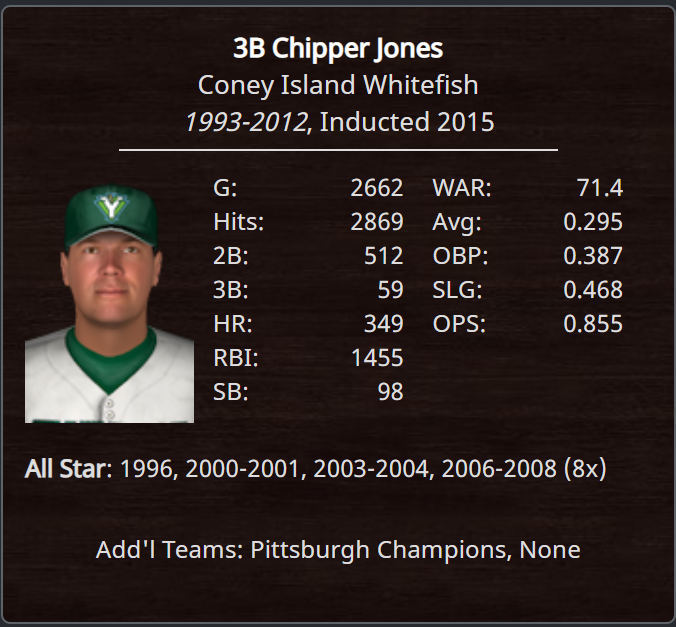 Jason Giambi was a champion in 2008 with the NYCBC, and although he played for 6 different franchises in his 18 year career, he was always a consistent star. He also notably played first base, second base and third base almost equally throughout his career, and won six silver slugger awards. He finished with a .277 batting average, 447 home runs, 1,483 RBIs, and a career WAR of 94.

Kirby Puckett had most of his best years in the defunct MLB playing outfield for the Minnesota Twins, but his veteran leadership helped the Palo Alto Pranksters win two championships in 1997 and 1999. He finished with 2,854 hits, a .316 batting average, 6 gold glove awards, 9 all star appearances, and six silver sluggers. 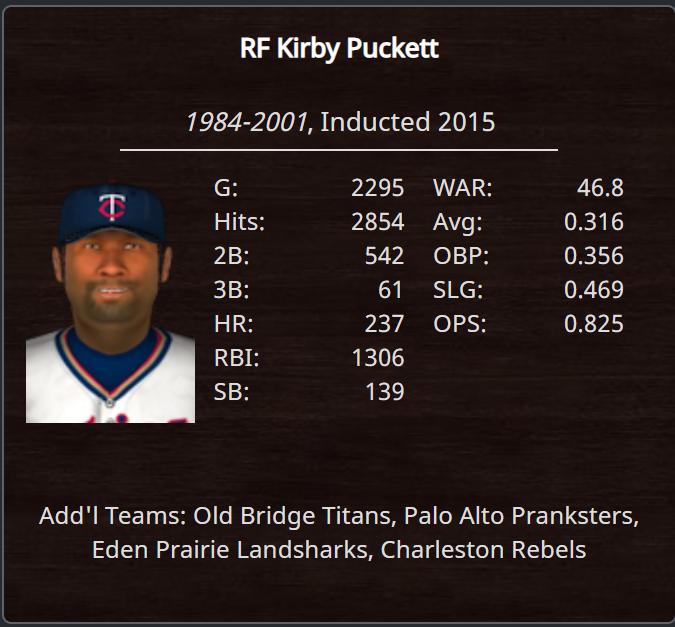 The full voting results are published below: 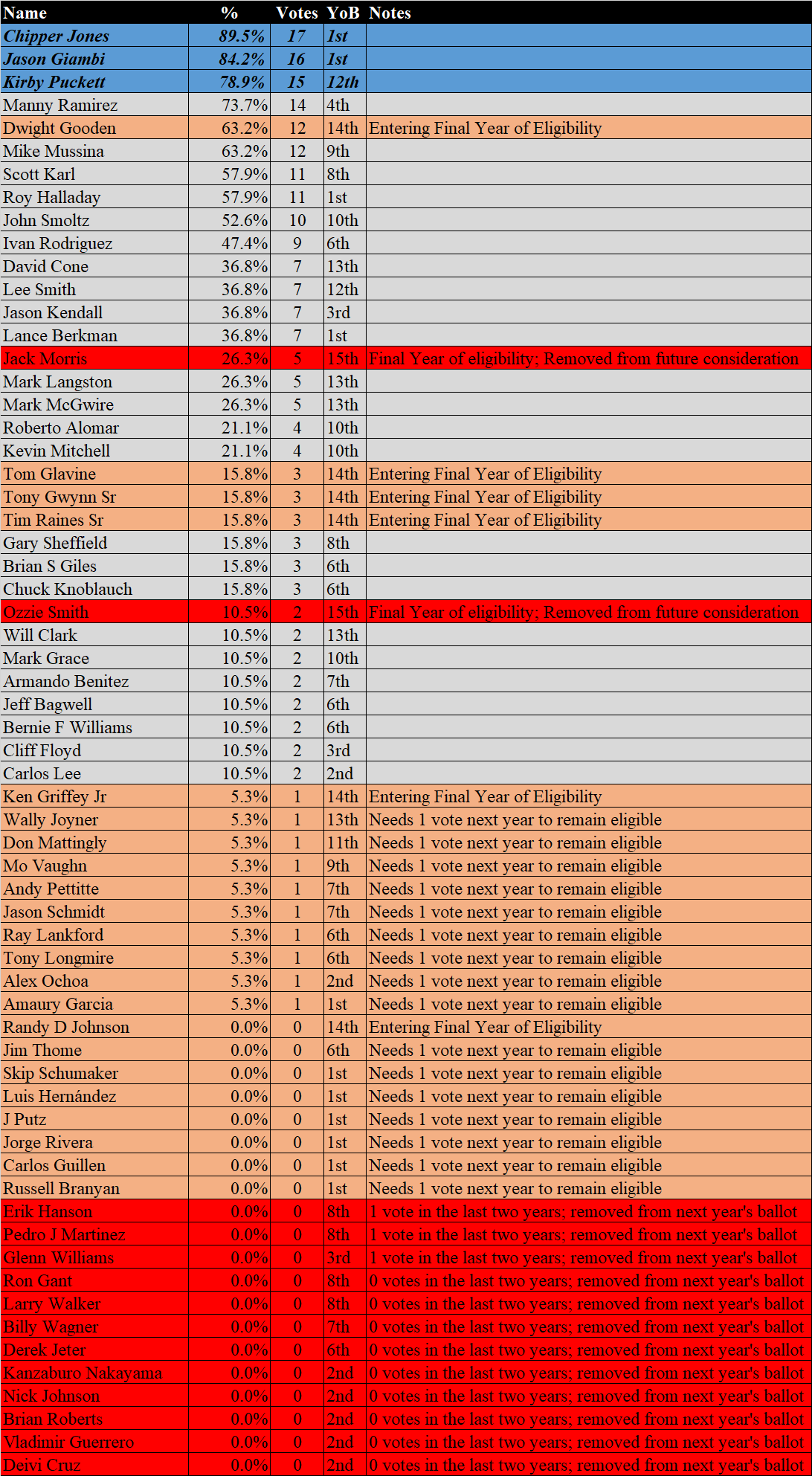 January 22, 2010. Cooperstown, NY. Voters enjoyed a next generation balloting experience, and all previous talk of fraud and collusion can safely be put to bed. The 2009 class inducted in to the Hall of Fame in 2010 will include six former super stars: Full voting results published below:

January 27, 2001, Cooperstown, NY. With a large projected class, the UBA GMs did not disappoint. Three players were inducted into the Hall of Fame today, solidifying their place in baseball history. ‘Steady” Eddie Murray, Paul Molitor, and Bert Blyleven we the three inductees. As always, 75% of the vote was needed to enter the […]