Regina, Saskatchewan. April 1, 2002. Many UBA owners are left stunned as they hear that their Houston franchise has secured funding for a move to Canada – specifically Regina, Saskatchewan. However, sources close to the situation say that these discussions have been ongoing for about two years, with multiple financiers backing out for undisclosed reasons. But, in the eleventh hour, the deal was finalized and promptly announced. Veteran leader Vlad Guerrero was quoted saying “We are all a little in shock – many of us have homes in Houston for our families. But, Branch and [GM] Boychuk have promised us generous relocation packages to ease the stress. They are also holding meetings for us on assimilating to Regina’s local culture – something we’re told is quite different than our experience in Houston!”

The timing of the move comes as a bit of a shock, as the team had cracked top 5 in attendance in 2001. Houston, a town that loves it’s baseball, was also a large market, while Regina is much smaller. However, there are also many benefits to operating in Canada, which Regina’s staff explored prior to signing the deal. “We’re confident the fine folks of Saskatchewan will enjoy a day at the ballpark as much as our wonderful fans in Houston did. We thank them for their support, and hope they understand that this move made the most sense for us as a business,” Boychuk said in a statement Monday morning.

New branding was revealed at an earlier press conference, where the team posed for the following photo: 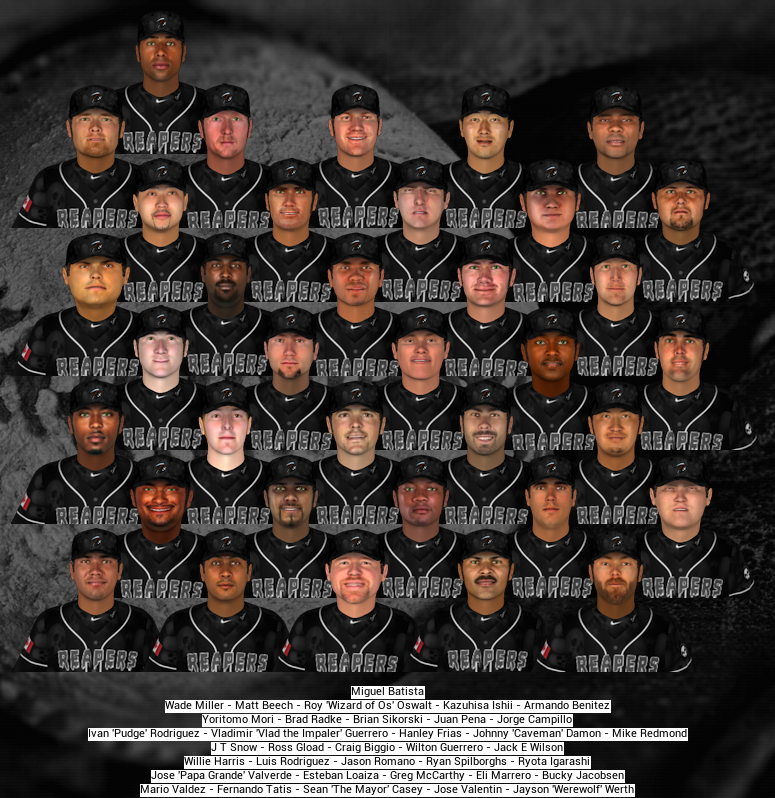 The 36er’s stumbled during their first season, the pitching staff never quite coming together like they had hoped although the hitters held their own. They did create their own air conditioning by swinging and missing more than any other team in the league. The team got together to close out the season with a Texas […]

Thursday, January 4th, 2001, Eden Prairie, MN. As soon as Masami Jouda stepped up to the podium every camera flashed and the media that was packed elbow to elbow in the press room surged forward all at once. He had to raise his hand to shield his eyes from the brilliant flashes pulsating throughout the […]