Cardiff-by-the-Sea, CA. November 2nd, 1999. New owner, Ben Noble, made his mark immediately by picking up his newly acquired team and moving them to Cardiff, California, a small beach town just north of San Diego. “It only took one trip to Sturgis to realize this team needs to move to where the weather is beautiful all year round!” Noble was quoted as saying. New GM Alan Hounsell was on board with the move as well, as it brings him closer to his family. Few Grizzlies, now the Barrage, could argue with the move either. The team was gathered at the new stadium for a quick photo: 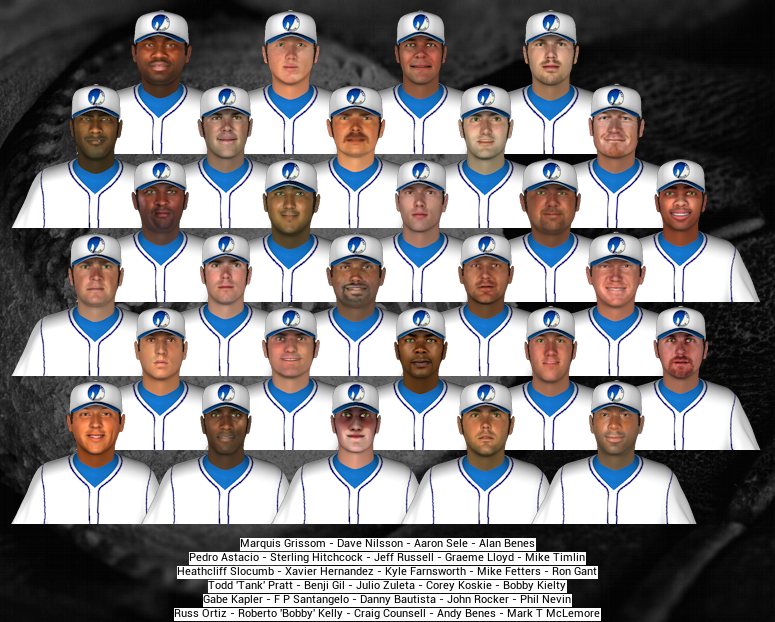 Sturgis, SD, August 11th, 1997. An under the radar draft selection in 1995 (Round 10, Pick 9, 225th overall pick), left fielder Julio Zuleta has been turning heads as he plowed through minor league pitching and into the Grizzlies’ lineup last week. In his first week in the pros, Zuleta didn’t slow down, compiling 11 […]

October 21, 2000, Coney Island, NY. In the UBA’s first Subway (Final Four) Series, the Whitefish took the Ruth Conference crown in exciting fashion. In an intense back and forth game, it looked as though NYC would be going back to the WCS for the 4th time since inception. But, in the bottom of the […]

Although the ’95 season ended with extreme disappointment in the bottom of the ninth inning of game 5 of the Elite Eight (after dominating the team’s postseason opponent all season long), UBA baseball is clearly thriving up and down the west coast of the United States and Portland fans have much to look forward too, […]