January 20, 2007. Cooperstown, NY. After many years of waiting his turn, 3,000 hit member Robin Yount has finally been elected into the Hall of Fame, amassing 89.5% of this year’s votes. Along side him will be first timer and recent retiree Barry Bonds, who snared 84.2% of the vote. Sources close to the situation say Yount hasn’t shown signs of bitterness, but it must be difficult seeing a peer easily enter on his first try after he missed out seven previous years. Missing the cut were were standouts such as Iron Man Cal Ripken Jr., and pitchers Roger Clemens, John Smoltz and Vida Blue, who received 57.9% of the votes in his last year of eligibility. Here are your newest members of the Hall of Fame: 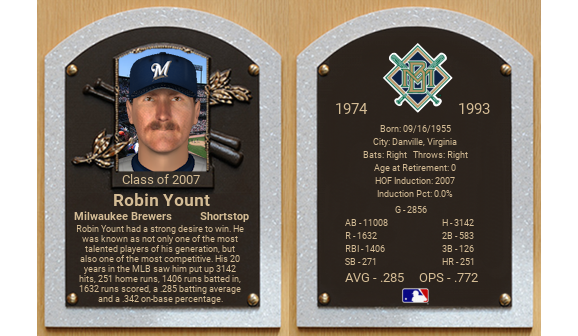 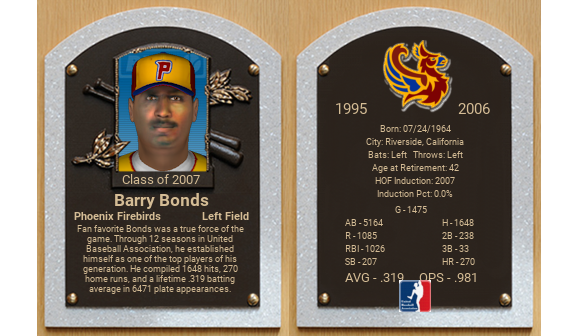 And here are the full results from this year’s voting: 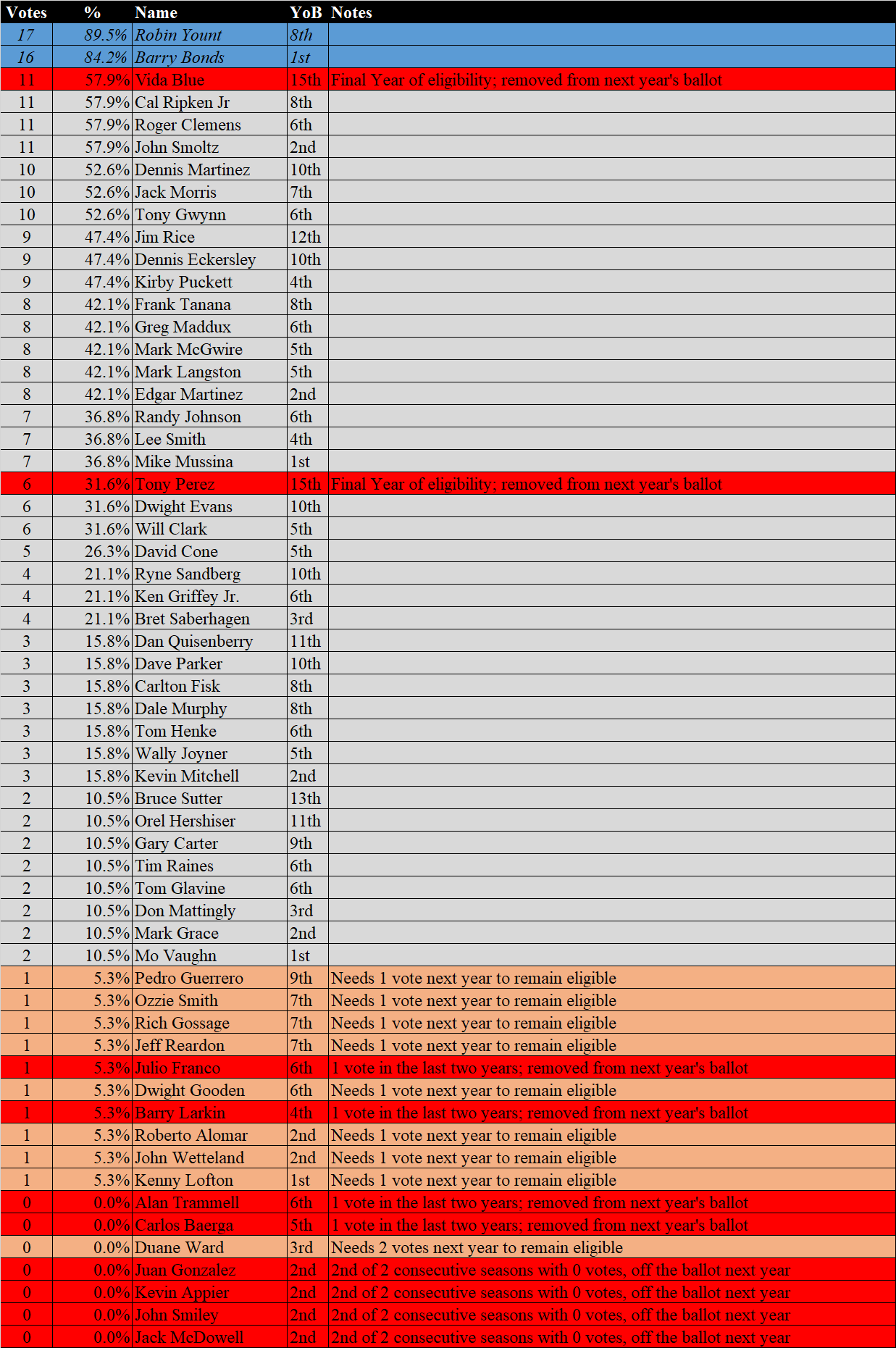